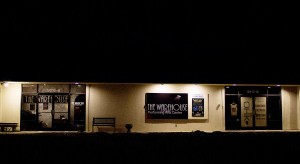 The film studio will also receive major upgrades to it’s equipment and infrastructure that will allow it to film higher budget productions.

Studio C Cinema and The Warehouse Performing Arts Center is located in Cornelius at 9216-A Westmoreland Rd. For more information, you can visit StudioCCinema.com.