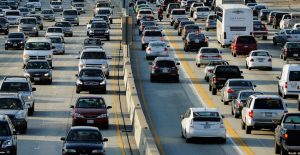 When the project was first announced in 2010, it was expected to bring in at least $3.15 billion in tolls over 40 years.

Earlier this month, a new projection by the consultant CDM Smith projected a conservative estimate of around $2 billion during that same time period.

The lower projections come primarily from a drop in projected population growth in the union county region, as well as significantly more improvements to highway 74 (Independance).

At the same time, the N.C. Department of Transportation has been making small improvements to U.S. 74, such as reducing left-turn opportunities and making traffic lights more in synch.

In spite of the estimated income dropping by almost 40%, the state now says that it is confident the project will still be sustainable.

What do you think about toll lanes on Independence Blvd.?