AvidXchange recently acquired all the naming rights to the former NC Music Factory. Now, it’s not only changing the name of the complex, but also building 2 massive new headquarters buildings and hiring an additional 600 workers (on top of the 500 that they currently employ).

The new headquarters are now being constructed on the only Music Factory’s parking lots. The first 200,000 square foot six-story building will be finished by April of 2017 (according to the company). In the meantime, they will be operating out of the building right next to the old parking lots and the old Mattes Dinner. 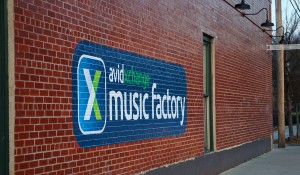 AvidXchange is a payment software company and they said that they want to control the branding of the Music Factory (a mix of bars, restaurants, and music venues) to try to attract a younger, hipper workforce – taking cues from some of the developments in Silicon Valley.

The companies expansion is being aided by roughly $7.5 million in state tax incentives, and $1.1 million from the city of Charlotte.

What do you think of the new AvidXchange Music Factory?