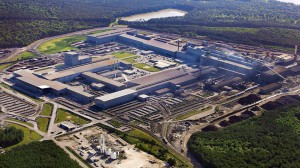 It seems like every day Charlotte is topping another “best ofs” list – this time is for having some of the best employers in the country.

Forbes recently partnered with Statista to poll 30,000 employees working for 500 of the biggest companies in America. In the poll, they were asked a series of questions about their employers and how likely they would be to recommend their employer to someone else.

Nucor Steel was the highest in the Queen City, and one of the highest in America, coming in at number 26. Duke Energy also had impressive scores, ranking at No. 141; and Ingersoll-Rand came in at No. 222.

Forbes also ranked the Best Midsize Employers in America, and 4 Charlotte area companies ended up on that list as well. Red Ventures came in at number 148, Snyder’s-Lance at number 152, Kennametal at number 169, and Baker & Taylor ranked as the number 221 best in America.

You can browse all the job openings in Charlotte’s top companies here.