We first discovered this image on local Dallas resident Rusty Mackey‘s Facebook profile with over 1,000 shares so we decided to do some investigating.

It turns out that this pictures of a 23 foot long green anaconda was originally taken in South America, and about 3 weeks ago it was posted on Facebook, claiming to have been taken in South Carolina’s Broad River, then someone else posted it claiming it was in Bush River. Now it’s circulating around the rivers of North Carolina…all the same image taken from South America.

Although this image may not have been taken in the Carolinas, Green Anacondas have recently begun to reproduce in the wild in the Florida Everglades, but so far there’s no record of a snake this big traveling this far north (other than pet snakes being let loose or escaping).

Here is the image that first tipped us off on Rusty Mackey’s profile; 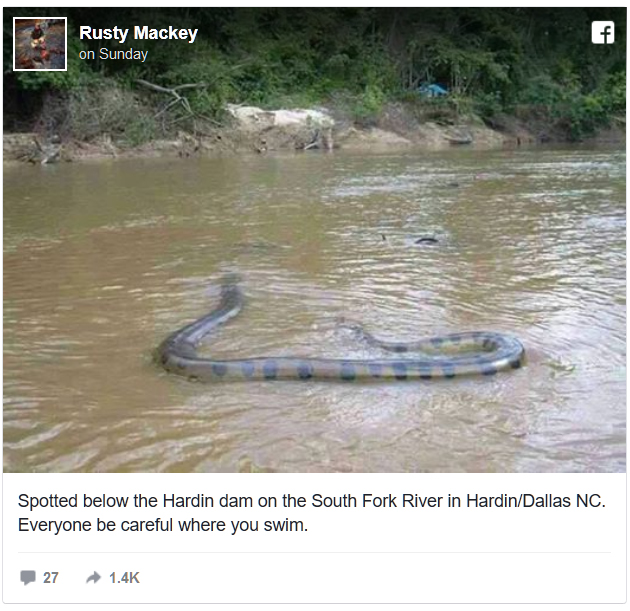