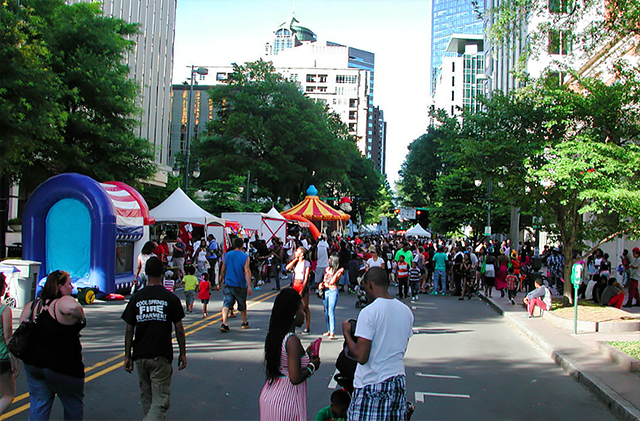 The 22nd annual Speed Street is returning to Uptown Charlotte this week. With perfect weather, more vendors, and several world famous musicians (including Montgomery Gentry, Kellie Pickler, and The Band Perry), organizers are now anticipating a record-breaking crowd of over 250,000 fans.

Speed Street will officially run from noon on Thursday (5/26) through Saturday night (5/28), but several streets will begin shutting down tomorrow (5/25) and will stay closed until 8am on Sunday morning (5/29).

Tryon street (between Stonewall and Trade) will close at 9:30am tomorrow morning; 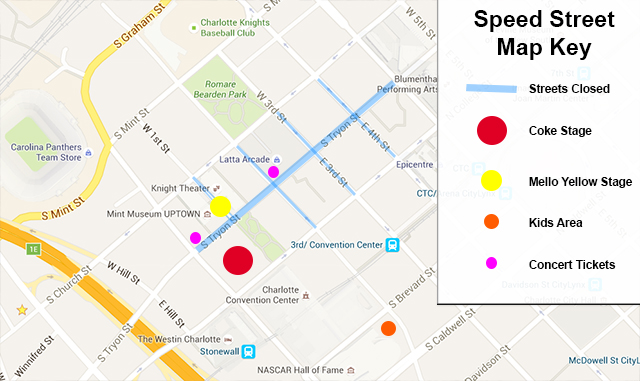 According to the official press release we received from Speed Street, here is what you can expect over the next several days;